The last change made in training was to actually start swimming. No joke

Last year my swim wasn't just slow, it was literally incompetent! I was only able to maintain freestyle approximately half the swim leg, the rest of it I had to breaststroke. Pretty discouraging.

I had been looking for a coach but hadn't found one yet and couldn't really figure out how to fit it in. Then by a stroke of luck the equivalent if a swimming angel fell in to my life in the form of Margaret Sharp, with an offer to swim with her and get help twice a week at times that worked for me

I'm not going to say I swim well now but I certainly swim better! This makes me look forward to 2013 even more though - still so much room for improvement, I've made up 5 minutes at least and I figure there are 5 more pretty easily 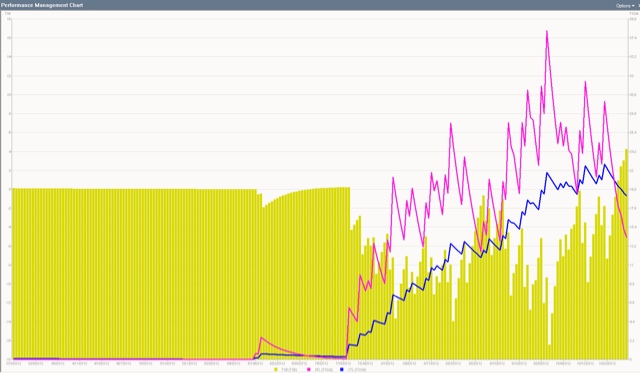 Posted by Mike Hardy at 3:04 PM No comments: Links to this post


This post should really be titled something like "jogging slow to run fast". Last year was a parade if running injuries leading up to Austin 70.3, with the last month of prep being spent almost entirely on the elliptical machine to avoid irritating a bad case of posterior tibial tendinitis. Something about purely cycling, with feet locked into carbon soles shoes left me unprepared for the demands if running, not surprisingly

This year I trained the run the whole year but followed the slowest progression imaginable, and never running fast until right near the end once I had the full duration under control

Even then I still nearly triggered the tendinitis again casing one training break, and I was also on the limit with regard to my Achilles.

I survived the progression though and for the first time in my life I was able to run 2 hours straight without injury, still with 5 weeks or so to go.

From that point I did some speed tests to figure out what running fitness was preset, including some shorter triathlons and culminating in my first ever half-marathon, done with a 6:16 or so pace. That effort alone left me sore until almost the day of the event but for the first time ever I knew I would get off the bike with confidence. 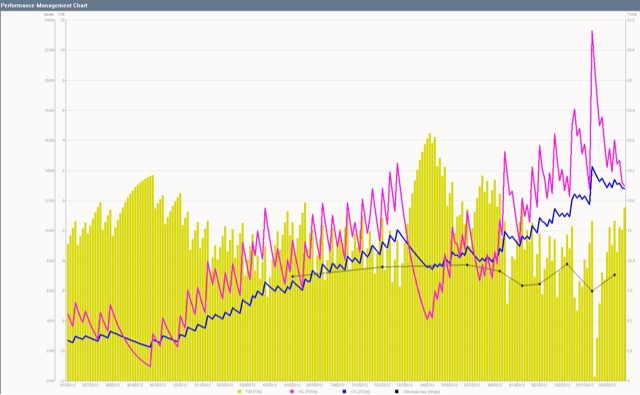 Posted by Mike Hardy at 2:42 PM No comments: Links to this post 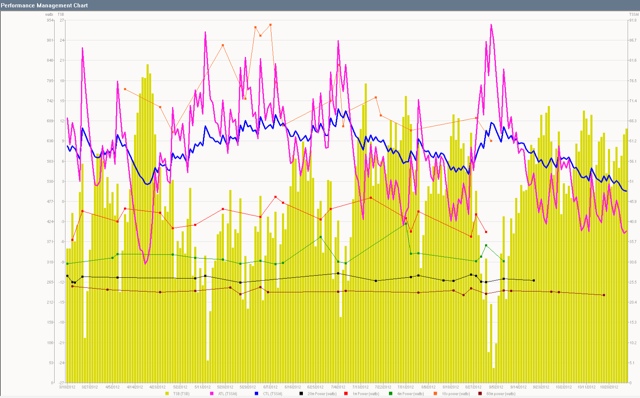 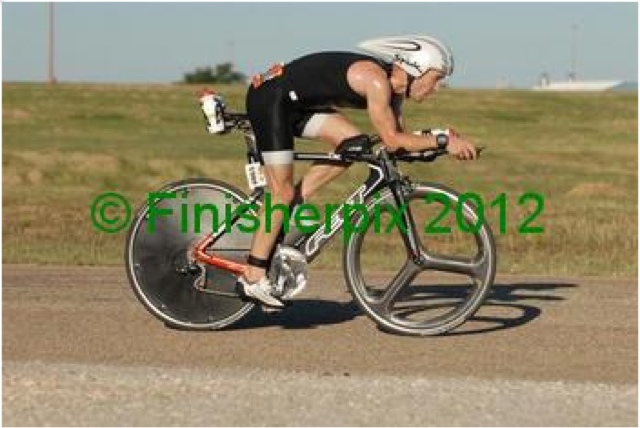 Posted by Mike Hardy at 2:24 PM No comments: Links to this post