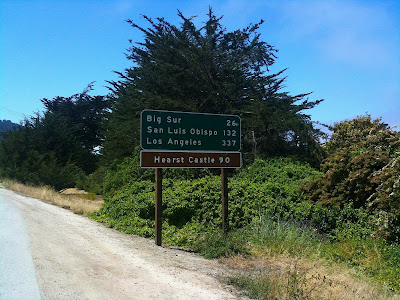 Alright then, where were we?

I'm riding to LA, basically because I can. More explanation in a previous post.

This morning found me in partly foggy Marina (just North of Monterey), headed South for an "easy" 115 mile jaunt to Cambria. "Easy" because yesterday was 137 miles, and tomorrow is (gulp) 150 miles. So I'm trying to take it easy today and not push too hard so I've got the goods for tomorrow.

I promised a little bit of gear talk today. One of the things I did both for fun and because it gives a great deal of piece of mind to my lovely, very understanding wife, is that I'm carrying a "GPS beacon". The term "beacon" means "locates itself using GPS, then actively strobes its location out somewhere". Which means if you're watching, you can tell I'm still moving, and not 2-dimensional on the road somewhere.

Specifically, I'm using a Motorola i465 (built-in GPS, runs Java ME apps), and the Instamapper GPS tracker app, on a Boost mobile pre-paid SIM card. If you know me, you know I won't spend money if I a) don't have to or b) am not sure it's worth it. The phone is from Target with a 90-day return policy, the app transmits data in a way Boost mobile doesn't charge for, and Instamapper is free. So the GPS beacon is free for 90 days. Ha. 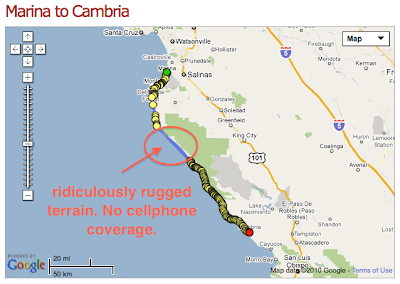 This is a screenshot from my tracking page, shows the track, pardoning lack of cellular signal on the rugged Hwy 1 route. 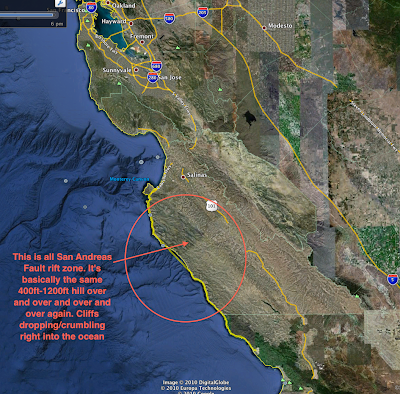 More tech stuff - Instamapper let's you export the track in KML, the format Google Earth accepts. So this is the same track, but laid out on the beautiful Google Earth canvas. I used to work in a Geology department and I just love Google Earth. Look at that! It's beautiful. All those tectonics, laid out to see. A California treat.

Alright, so let's hit the road! 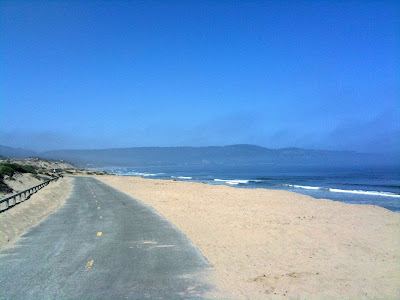 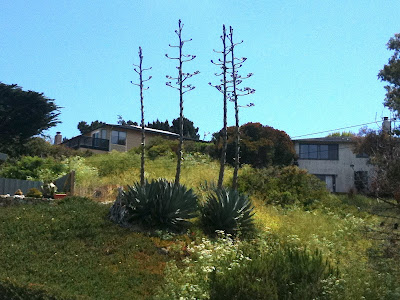 This was on the way out of town. 4 century plants blooming at once - must be some sort of record. Really I took this for Merritt (my late father in law). He had a few of these suckers, and this made me think of him. 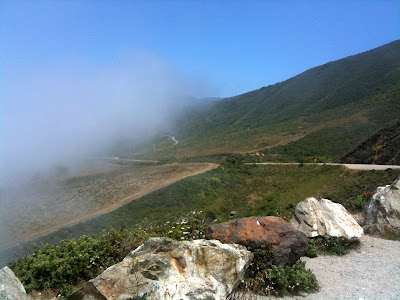 First sight-seeing moment of the day was the famed Bixby Bridge. Isn't it beautiful! Ah, California fog. Next. 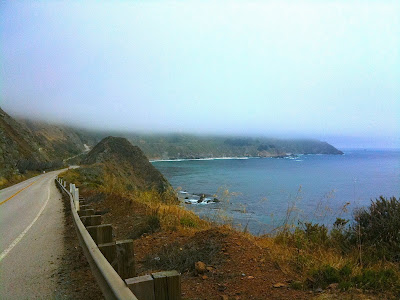 I tried not to take too many of these. Was like this all day. 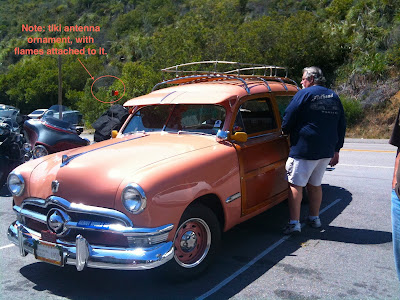 People that drive on Hwy 1: newlyweds (I saw lots of "Just Married" on cars), sports cars (Porsche is winning vs Ferrari by numbers), Harleys (always with a girl on back taking photos except *one* where the girl drove and the guy was on back), cars with surfboards, and a caravan of 5 woodie wagons. The woodie wagons were my favorite. 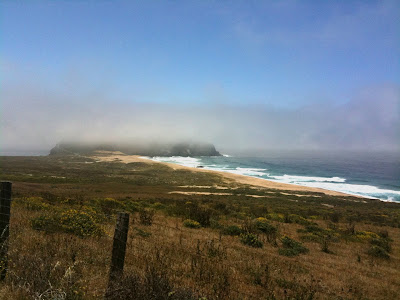 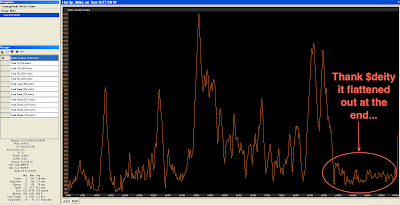 Right about now, 90 miles into this ride, I was thinking, holy crap this is hilly. I've got 8000ft worth of climbing in, is this ever going to flatten out? Luckily I rolled into smooth ranchland right after that, hallelujah. Heck of a profile though.

On the right of the ranch land, the Elephant Seals frolic. Okay, they just lay there, and they smell a bit fishy, but still, very cool and fun to watch. 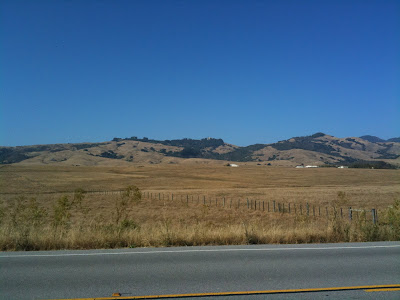 Just before my stop for the night in Cambria, I passed by Hearst Castle. Let me be clear, I thought it looked cool, and I'm coming back with a motor, but I was *not* tempted to ride up that hill to get a closer look. I was knackered.

That's it. Absolutely huge day tomorrow, bigger ride than I've ever done, so off to bed for me. Thanks for reading and following along! I've been enjoying the comments here and on Facebook. Encouraging to have some connection while solo on the road like this, and I hope you enjoy the photos.
Posted by Mike Hardy at 9:59 PM

I hope you got some good rest last night. You would have hated it here - pretty hot. Have a great ride today and, of course, be safe.

So, can your adoring followers track your GPS signal? If so, how?