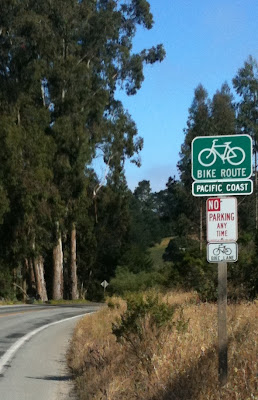 "There comes a time in every man's life when he feels that he must ride from San Francisco to LA". Someone on my team wrote that last year, and something about it struck the romantic wanderlust chord in me. It wasn't my time last year, but I did do a lot of reading about what it would take. Just in case, you know.

This year, all of the sudden, it was that time for me. I needed to ride from SF to LA.

People that don't ride their bikes a lot are probably are either rolling their eyes (because it is admittedly a little nutty) or are more impressed than they should be (because it is a huge ride, but it isn't a moon shot or anything. Heck thousands of people do it every year to raise money for AIDS. Okay, they do it on a big supported ride and I'm doing it solo, but still, not out-of-the-question hard.

What am I thinking?

Basically, one of my closest friends and the best man from my wedding, Stuart Baur almost never takes time off, the 17 years I've known him. Except this year when he emailed me and said "hey, I'm taking 3 weeks off starting late June". So I've got a reason to be there. 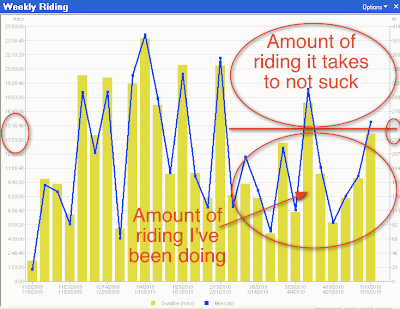 I've got a bad habit of blowing up completely and being generally useless in breakaways (just ask...everyone I've been in a break with this season) so I wouldn't mind getting some more riding in to see if I can change that.

I commute to work by bicycle regularly, and go on bike picnics with Teresa, so I've already got all the cyclo-touring gear - just a rack, a briefcase bag that hooks on it, and a backpack that hooks on it.

Plus I've got a pretty telecommute-capable work setup and a ton of vacation myself.

The rest I'll basically tell in pictures, because the leg from Oakland to Monterey was 137 miles, and just cleaning up, eating, getting provisions for tomorrow and making tomorrows route sheet means it's already 11pm and I'm a bit tired for some reason... 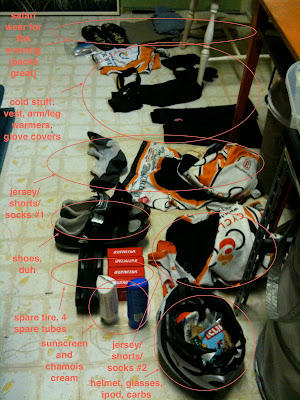 This is all you need for a 4-day trip. Well, you need a bike and bags to stuff it in. But this (and my laptop) is all I'm bringing. When you're on a bike you have to travel light and just wash stuff in the sink etc. 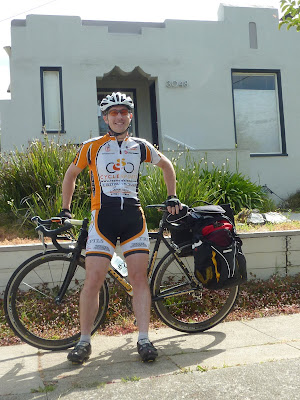 If you don't ride a bike a lot, you probably think I look great here. This is me right before setting off, so I'm fully set up. If you do ride a bike, I counted at least 6 specific unfashionable things. Can you find them all?* 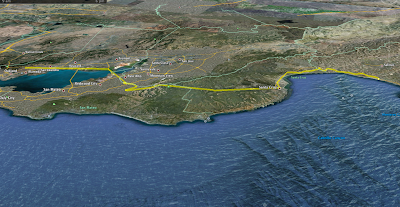 This is the route I took - it's oriented facing the coast from the ocean - North is left. The "ACA" (Adventure Cycling Association) Pacific Coast route runs through San Francisco but I live in Oakland. I took the shortest distance path I could work out in order to hook up with the ACA route on Hwy 1 - I met it in Santa Cruz and continued to Monterey from there. 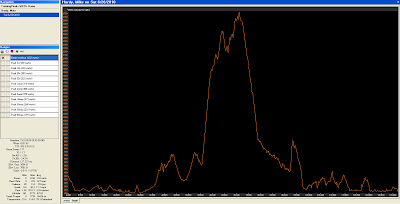 This is the altitude chart (plus some other data) from the ride. My route was definitely not the flat route though - the Peninsula ridge and the Santa Cruz mountains are business time for cyclists. 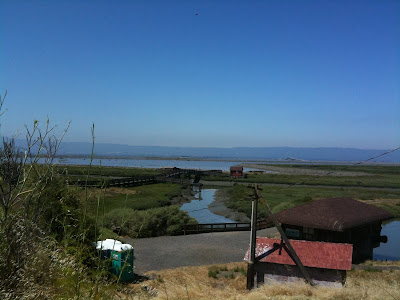 I didn't take pictures of Oakland, San Leandro, Hayward, Union City etc. but, before I crossed the bay I took this snap of the Fremont wetlands. No one goes there, but it sure is pretty isn't it? Its a park on Marshlands, off Paseo Padre. 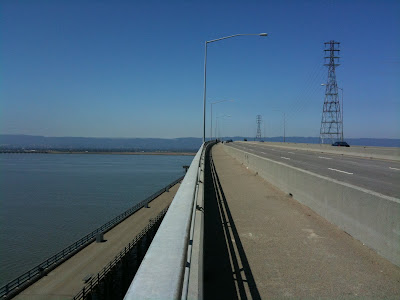 I never knew what biking the Dunbarton bridge would be like till I did it. When I mention it is possible I get blank stares sometimes, so I took this picture - this is the bike path on the Dunbarton bridge. 4 feet wide maybe, reasonably clean, big barrier between you and traffic, pretty good view. Bridge is pretty short too. It's a good route 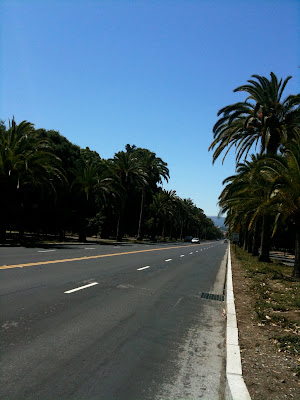 I didn't go to Stanford (I'm a Rice alum) but it is a pretty campus...it's in between the Dunbarton bridge and the Peninsula ridge. 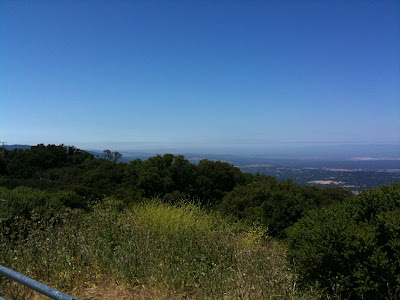 Couldn't wait to snap this pic, mainly because it's the top of Skyline road on the Peninsula. It's around 2700 feet in elevation, from sea level, with a very heavy bike. Downhill from here. Neglected to get a picture of my cousin Nellie, but when I hit Santa Cruz I met up with her at a tiki bar for a quick hello before pushing on. Hi Nellie! 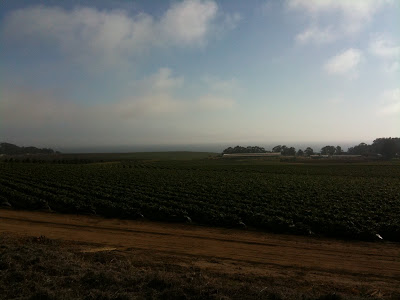 This was the last shot I took - my wife love love loves Steinbeck (for good reason) and her eyes lit up when I mentioned Salinas. So I took a snap of the fields there. This is 100% strawberries. You know what it smells like to stand downwind from a whole field of ripe strawberries? Pure goodness. 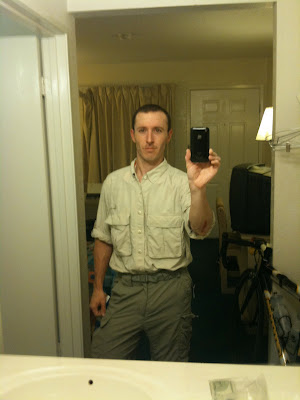 Ah, safari clothes. Ok, what's worse, my biking get up, or the safari lounge wear? Don't answer. My wife calls pants that can unzip the legs to become shorts "shants" by the way. Wonder why

This is what's on tap for tomorrow - Marina, through Monterey, then along Hwy 1 forever, ending in Cambria

I talked about the "Why" and the "What" today, I'll try to go into some of the specific gear I chose tomorrow in case anyone else is contemplating really long rides. My stuff is working well so far so it could be useful info.

* unfashionable things in ready-to-go photo: race wheels while touring, route sheet taped to stem, the bike has bags on it for crying out loud, hairy legs, carbon bike while touring, my bike tan is pretty pale. Bonus thing - my kit is 4 years out of date. Bonus bonus thing - hard to see - seat has electrical tape holding it together. Being fashionable in cycling is hard!
Posted by Mike Hardy at 11:01 PM

Love the summary! I think I was tracking you when you took the pic on the Dumbarton... Nice to know where you are. How come your last position was 13 hours ago? Are you still sleeping?

Great photo journalism. Look forward to reading the rest of the tour.

BTW - Your lack of a rider's tan makes me wonder - is there such thing as a albino Sasquatch? Would that be a Yeti?

Son, anyone that knows you knows at all does not wonder what you were thinking! This is really cool; can't wait to read Day 2.

Kym - I turn the beacon off at night, no need to track my movements in the no-tell motel ;-)

Craig - thanks! and I could be a Yeti, yes, though the California sun on this trip may give me a proper cycling tan yet (sorry Teresa)

Mom - I love that your statement is still value-neutral - nutty and impressive are both still possibilities :-). Day 2 coming up...

Missed playing "Where on 101 is Mike?" today. Glad you arrived alive. You never did say how you're getting back home :). The Trivia team was impressed, BTW.

Teresa - thanks for the vote of confidence on the safari wear. I was glad I went for it instead of shorts/t-shirt when the only restaurant near my hotel was in the hotel and it was a wee bit fancy. Button-down shirt, no problem. Ignore the flip-flops thank you...

Mom - I UPSed a bike box to Stu's house in Altadena, with normal clothes and a foldable bag. I just unpacked the box, put everything in the bag, and I'll put the bike in the box and take Southwest home. The idea of riding back crosses my mind only as a horrible joke - it'd be a headwind the whole way, probably take 7 days and I just *saw* everything - no fun